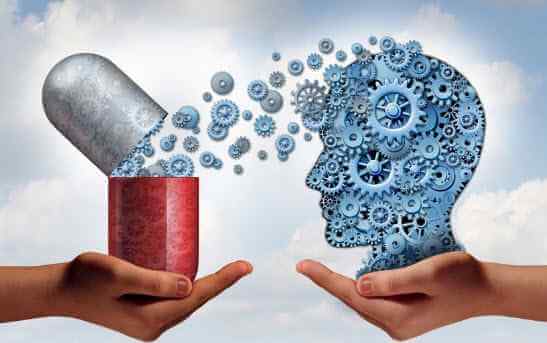 If you’re looking for the perfect nootropic stack, then you have two general options: you can build your stack or buy a pre- ade, pre-assembled stack. Here’s what you need to know about both options:

If you’ve been researching nootropics, then you’ve probably come across the words “nootropic stack” more than a few times. Contrary to what you might believe, a nootropic stack is not a bunch of pills stacked on top of one another. Instead, a “stack” just refers to combining two or more nootropics to achieve the desired effect.

Pre-made stacks are manufactured by a wide range of retailers. Alpha Brain, for example, calls itself a stack because it combines multiple proprietary formulas into a single pill.

Pros: Pre-made stacks are ideal for beginners. Instead of shopping around for different products and making sure they complement each other, beginners can dive right into the deep end by buying one convenient product. Sometimes, pre-made stacks are a single large pill. In other cases, they’re multiple smaller pills.

Cons: With pre-made stacks, you cannot control which ingredients are used or the levels of each ingredient in a dose. This may not seem like a big deal, but nootropic usage varies widely between individuals. Someone who weighs over 200 pounds will often require a higher dosage to benefit as much as a far lighter person might, for example. Simply taking one “catch all” pill isn’t always an ideal solution.

Building Your Own Stack

Nootropic experts typically recommend building your stack – but only if you have a thorough understanding of nootropics and their nuances. Building a effective nootropic stack takes time. It can also be complicated if you’re entirely new.

Pros: You get pinpoint control over what you’re putting into your body. You can mix and match different products from different manufacturers. You can swap certain items into or out of your stack if they’re no longer effective.

Cons: Can be more expensive to buy multiple individual products. Inexperienced individuals may give themselves too strong of a dosage, or too weak. May take a lot of trial and error
to find the right stack.

Ultimately, if you do choose to build your stack, I strongly recommend taking each supplement individually before starting your stack. That way, you can determine the effects each nootropic has on your body.

Then, stack two of the nootropics together to see if the effects are enhanced, worsened, or stay the same. It may take a few trials and errors, but your brain will be rewarded in the end with some of the most powerful cognitive enhancers in the world.

3 Steps to Making the Most Effective Nootropic Stack

Want to make your very own nootropic stack? It’s not as scary, difficult, or expensive as you may think.

To help, I’ve broken it down into three simple steps:

Out of all the nootropics available today, Racetams have the most immediately noticeable effects on the brain. Racetams are also the “original” nootropic and have been around since the 1960s. Beginners should start with the Piracetam, which started the whole nootropic craze and is a great entry-level nootropic. It’s effective, but not strong enough to be overpowering.

After taking a Piracetam supplement and judging its effects on your brain, you may want to move up to other, more powerful racetams. Popular alternative racetams include Aniracetam and Oxiracetam, both of which are stronger than Piracetam.

If you want to go even further, consider checking out the pros and cons of using Noopept. Noopept isn’t a racetam: it’s a peptide. But it offers similar effects to most racetams. Just like racetams, Noopept improves your acetylcholine system, but it also affects glutamate.

The real benefit of Noopept, however, is its superior bioavailability. It crosses the blood-brain barrier much more efficiently than racetams, which is why some people claim it’s “1000 times” more useful than any racetam.

A racetam + choline stack is the most popular nootropic stack available today. Many people add a choline supplement to their stack because they find it reduces headaches while also boosting other areas of the brain.

You see, racetams simply improve the functioning of existing acetylcholine in your brain. But your body will not produce acetylcholine if it doesn’t have enough choline, to begin with. That’s why headaches occur.

You can get choline from certain foods – like eggs. But you would need to eat six or more eggs per day to get an adequate amount of choline. That’s why picking a choline supplement is important.

Popular choline supplements include Alpha GPC, Centrophenoxine, and Citicoline. All of these supplements support healthy brain activity while also enhancing the effects of the racetam or Noopept.

Not all nootropics are synthesized in laboratories. Some of the best nootropics come directly from the natural world.

Some people are happy with just two products in their stack. Others, however, have noticed stronger cognitive benefits by adding a natural or herbal nootropic to their stack. Natural nootropics can increase concentration, attention, focus, memory, and synaptic plasticity with limited side-effects.

Ultimately, natural and herbal nootropics are typically not quite as effective as synthesized nootropics. But when taken in a stack, the results can be significant and powerful.

Want to skip the research phase and go straight to stacking nootropics? Here’s a cheat sheet of some of the world’s most popular nootropic stacks. These stacks all amplify nootropic effects, causing elevated levels of neurotransmitters to be produced, released, and absorbed. Some stacks also limit the side effects of other nootropics, which means fewer headaches.

Combine Pramiracetam and Alpha GPC (also nicknamed the “Study Stack”) together to enjoy the memory, focus, and mood enhancing benefits with the supportive, headache-fighting power of Alpha GPC. Some people find Pramiracetam offers the best focus-boosting power of all the racetams.

Stacking is a highly-individual process, but the rewards can be amazing. For example, you might combine a racetam with a thiamine nootropic to achieve all of the benefits of a racetam with none of the headaches.

Many nootropics complement each other. Stacks can combine active compounds to build off the effects of one another, creating a positive feedback loop with powerful impact on your brain.