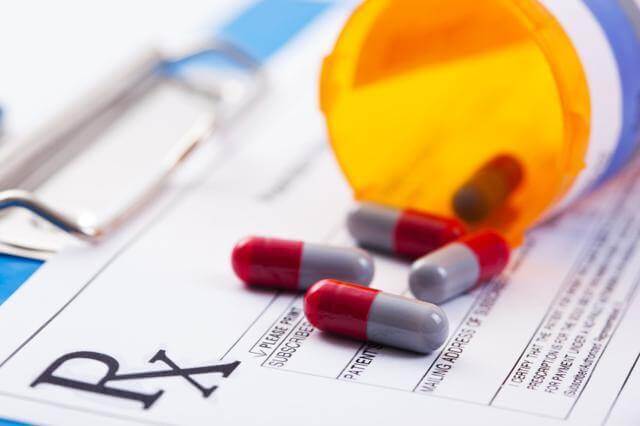 Just like the two names suggest, Modafinil & Armodafinil are smart drugs that are closely related, often used as cognitive enhancers. Even though both these smart drugs are products from the same pharmaceutical company, one of them is obviously more potent that the other.

As you might have guessed, Armodafinil is the most potent version, which was developed by Cephalon back in 2007. Even though both are associated with an increase in mental energy levels, enhanced attentiveness, and heightened alertness, there are a few notable differences between the two, including their chemical structures, effects, dosages, and brand names.

It is, therefore, important to note that effects may differ depending on which one you go for between the two. Potency aside, other prevailing factors include the fact that different individuals may respond differently to certain medications and Nootropics. This having been said, here are some comparative pointers to help answer the burning question, Armodafinil vs. Modafinil; is there a difference?

In general, both Armodafinil and its predecessor are used for considerably the same purposes and share some beneficial cognitive enhancement effects. However, there are a few notable differences when it comes to the desirable effects.

The original creation of Modafinil was inspired by the urge to provide relief for people suffering from sleep disorders such as sleep apnea and narcolepsy, conditions it has been used to provide treatment for, along the years.

It has also been used as an off- label smart drug and cognitive enhancer, especially by shift workers and scholars in search for better cognitive performance, increased mental energy, improved mental focus, and as a wakefulness promoter for those working weird hours.

It is also known to improve memory and promote weight loss through appetite suppression. As compared to its successor, Modafinil is known to promote mood and motivation better and has beneficial effects that are more long-lasting that those of Armodafinil.

Armodafinil is simply another version of Modafinil, only that it has an altered chemical structure. The drug also has a lower half life than its predecessor, meaning that it is less likely to disrupt sleep patterns for users. It possesses similar beneficial effects to Modafinil, including the promotion of wakefulness, improved memory, and increased energy. In addition to these, it has also been found to be effective against jet lag and often considered a better alternative for continuous use.

This is due to its reduced likelihood of inducing tolerance and dependence. However, a downside to the use of Armodafinil is that it hasn’t been seen to enhance mental focus when used as a smart drug. Its effects also seem to wear off rather significantly faster than that of Modafinil. The other difference is that Armodafinil is marketed as Nuvigil.

Armodafinil vs. Modafinil: What’s the Difference?

Duration: Armodafinil lasts a few hours longer than modafinil. This is problematic for some users prone to insomnia. Effects: Armodafinil and Modafinil have essentially identical effects in the brain.

Potency: Armodafinil is a more expensive, purified and potent form of modafinil that requires a slightly lower dose (150mg vs. 200mg)

Efficacy: There is no evidence that armodafinil is more effective than modafinil at their indicated doses. If you’re rolling in cash, you may want to shell out to get armodafinil instead of modafinil, but otherwise, it’s not worth it.

As far as Modafinil vs. Armodafinil is concerned, the other significant difference exists in their recommended dosages. With Modafinil’s standard dosage being 200mg/day, 150mg dose of Armodafinil delivers the same desired effects. This can be attributed to the fact that Armodafinil is more specifically chemically structured to specifically deliver its effects more strategically to receptor sites as compared to Modafinil.

Armodafinil vs. Modafinil Side Effects and Tolerance:

Since the Armodafinil is simply an enantiomer of its predecessor, most of their potential side effects are similar. However, some Armodafinil vs. Modafinil reviews points out that Nuvigil is more associated with nervousness, anxiety, and stress in comparison. On the contrary, Armodafinil seems to be considered safer when it comes to smart drug tolerance as compared to Modafinil.

When it comes to the matters regulation and legality in most countries, none of these two substances has so far been approved for use without healthcare provider’s prescription. Despite this regulation that makes the drug scarce to find, these cognitive enhancers also seem to be somewhat costly for routine administration. In such a case where the budget is a concern, Adrafinil can be an appropriate alternative.

Armodafinil is the purified (enantiopure) form of modafinil Though armodafinil and modafinil have the same terminal half life, armodafinil reaches peak concentration later and has greater systemic availability. The effects of armodafinil may last longer than modafinil by a few hours.

The standard dose of armodafinil is 150 mg vs. 200 mg for Modafinil Armodafinil vs. modafinil mechanism: both drugs have essentially identical mechanisms in the brain; the primary differences are pharmacokinetic (absorption, distribution, metabolism, excretion).

When you compare Modafinil, amodafinil and other nootropic drugs you will find that Modafinil and armodafinil are much safer and more effective in causing cognitive enhancement.

However, Nootropics are safe to use, and most will not produce adverse side effects or cognition problems even with long-term use. But it is your responsibility to use nootropics safely.

Lastly, Nootropics appear to have a host of benefits in a multitude of different areas of life. However, it is advisable to undertake your due diligence before introducing your body to the various types of nootropics available.

It is also clear that nootropics must be used in conjunction with a healthy lifestyle to achieve optimum effects. Nootropics can be seen to elevate our levels of mental function by improving and optimizing processes that already naturally occur in the brain and body and are a great way to maintain brain health.