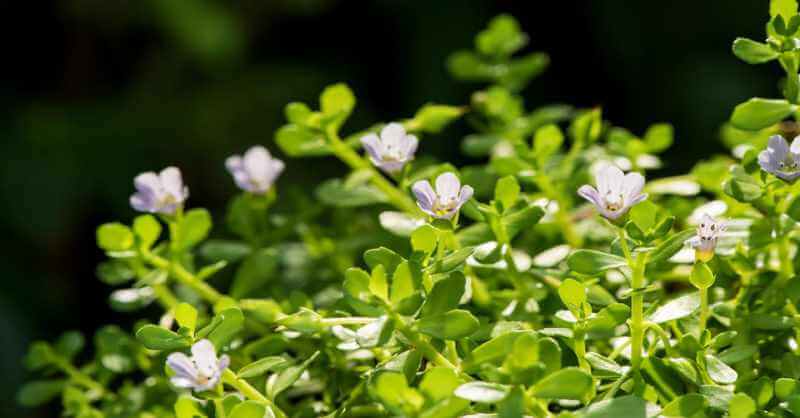 Nootropics are substances that enhance cognition, memory, and other aspects of mental function. A handful of them are lab-created but the vast majority are all-natural herbs and supplements.

The powerful nootropic we are writing about today is a perfect example of this.

Bacopa Monnieri is an herb that has been used in Ayurvedic medicine for more than 3,000 years. It has quite a past… and an even brighter future!

What is Bacopa Monnieri?

Bacopa monnieri, also known as water hyssop or brahmi, is a plant in the family Scrophulariaceae. It has earned a stellar reputation as a safe herb used to reduce anxiety and stress levels, improve attention span, increase learning abilities, and boost overall brain health.

You may wonder why a supplement with such a proven track record remains so unknown. The answer, simply put: bacopa monnieri is ancient and under-studied in the Western world!

At a point in history, you could understand how tough it would be to bring the plant to the Americas. But modern transportation methods make it a whole lot easier for people to get their hands on it now.

You might also wonder if Big Pharma really wants you to know about this natural supplement. This is not a conspiracy theory, but there are some overlapping interests between pharmaceutical companies and the mental health field.

The good news is that “the word’ is clearly spreading and bacopa monnieri is now a common research subject in the West. Backed by animal and human studies, bacopa monnieri has demonstrated cognitive benefits that match or exceed the popular pharmaceuticals used to treat ADHD/ADD.

Other studies indicate that better focus is not the end of the story. Results show memory improvement, particularly in regard to the ability of older adults with Alzheimer’s disease, for example.

The improved memory retention is due partly because the herb promotes new neural growth and reduces the age-related inflammation that degrades brain performance. Even otherwise healthy adults are able to improve their mental performance when they take bacopa monnieri.

Many nootropics are capable of going far beyond just cognitive enhancement. That’s because, unlike stimulants, these supplements work to help the brain perform as it was intended.

There’s no caffeine-fueled trickery involved. Instead, nootropics restore balance and help the brain function at its best.

Bacopa monnieri is no exception, as it has been shown to improve cognitive health in many different ways. Long before modern medicine began researching solutions for those with mental illness, Indian yogis understood that bacopa monnieri was particularly effective at reducing stress and anxiety.

It also helps with depression, which is associated with high levels of anxiety.

What those early medicine men called bacosides are now known as ‘adaptogens’ – the substances that increase resistance and help us adapt positively in response to daily environmental factors that trigger stress.

Are there any side effects to worry about?

Like most nootropic supplements, bacopa monnieri should not cause any significant side effects. The most common reported symptom is mild headache, but this can be avoided by taking the herb at mealtime.

As with most natural substances, it’s possible that there may exist some risk for certain people who have a history or heart problems. Ask a doctor for guidance if your health history puts you at risk.

Of course, you should immediately stop taking any supplements, including bacopa monnieri if you experience significant side effects. Consider starting with low levels of any new supplement and slowly increasing that dose if you are not having any side effects.

What is the recommended dosage for beginners?

The recommended dosage for beginners is 50-300 mg per day. Bacopa monnieri usually comes in capsule form, but it can also be consumed as a tea or liquid extract.

As noted above, there aren’t many side effects with this herb. Take it with food, if possible.

Bacopa monnieri is a time-tested herbal supplement that can dramatically improve your mental performance. It’s also been relied upon to lower anxiety and stress.

That makes it an important supplement for those who need a mental edge in competitive environments like school or career. Those who have previously relied on stimulants to boost alertness can testify to the jitters and hard ‘crashes’ that usually follow.

But bacopa monnieri doesn’t cause those issues. It’s an exciting way to boost your energy, memory and brain performance – all while lowering the anxiety that can make life’s battles feel unpleasant.

You might want to start by using this supplement as your sole nootropic. But, it also slots well into a nootropic combination called “stacking” by experienced users.